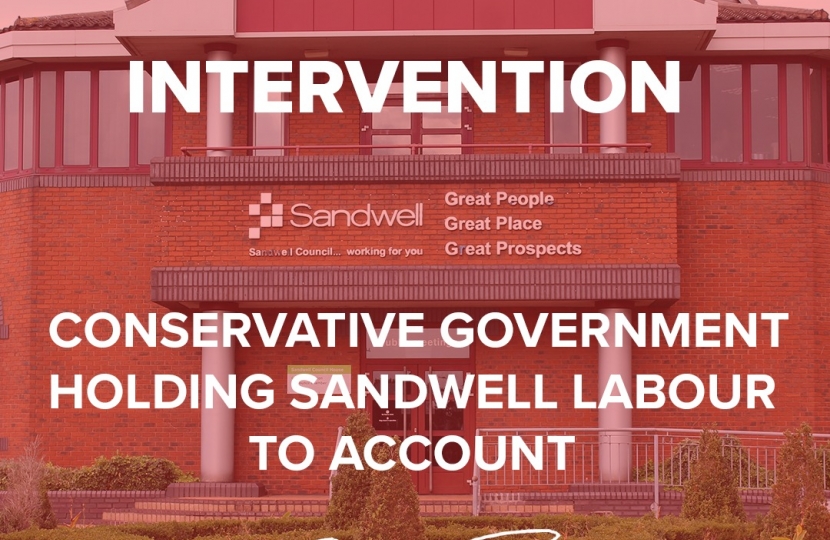 We would like to thank the Secretary of State and his department for taking these steps, which are vital in putting an end to the people of Sandwell being let down. It has gone on for far too long.

It is well known that Sandwell Council has publicly faced many problems over the years, and as local Members of Parliament we are reminded of their failures on a daily basis.

Sandwell Council’s mismanagement and poor decisions, which has gone on for decades, has undoubtedly affected the lives of the most vulnerable in Sandwell. Furthermore, the rotating door of leadership, both politically and in officers, has done nothing but prolong the ingrained poisonous culture that must end.

Together, we have privately been making representations to Government over the need for intervention due to our deep and persistent concerns.  This work dates back prior to 2018 - since then, it has become ever more apparent that Sandwell Council requires external help to maintain the positive changes they have made so far, as well as dealing with the huge number of issues and concerns beyond this.

We are firm in our collective view, that many of the issues we see in Sandwell today could have been fixed if more effort had been put into improving the lives of residents, rather than serving personal and political interests.

We hope that this next step finally leads to trust in our local authority, as well as much better services and value for money for local tax payers."