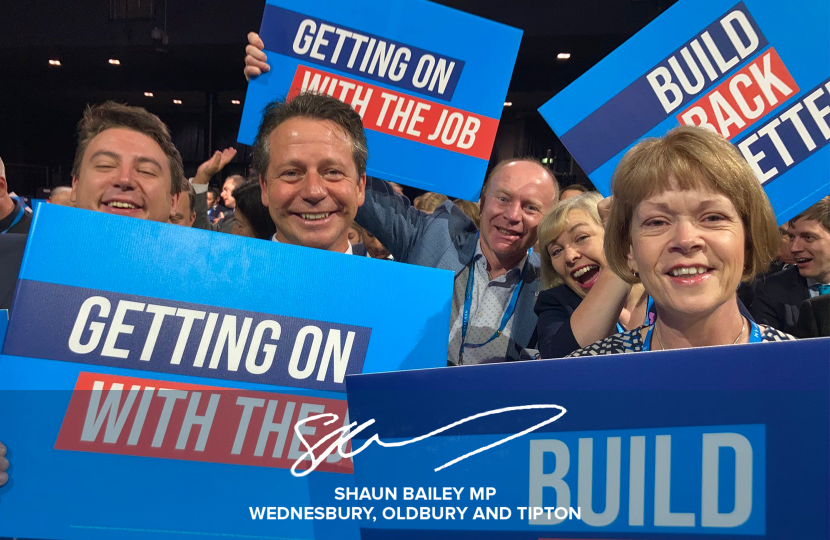 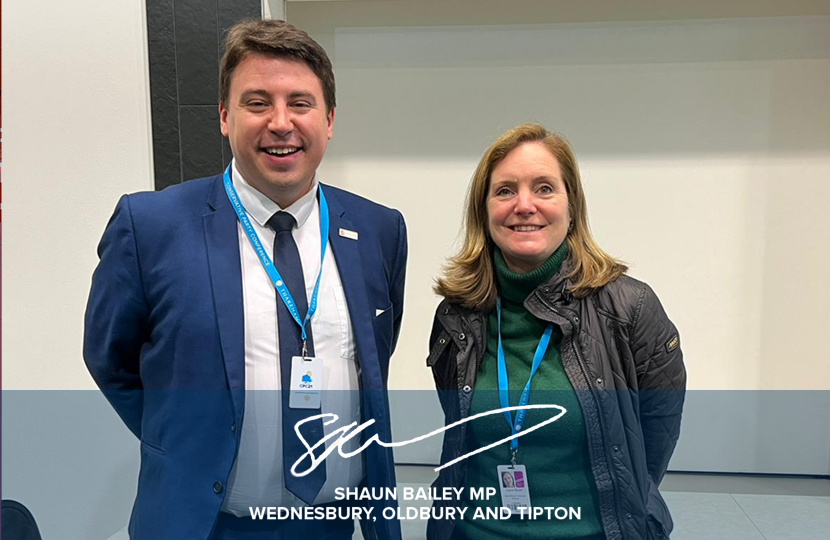 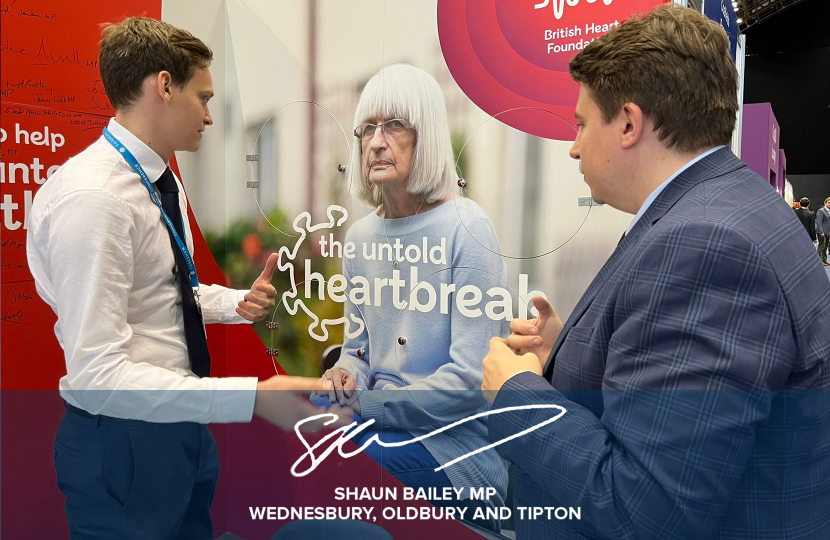 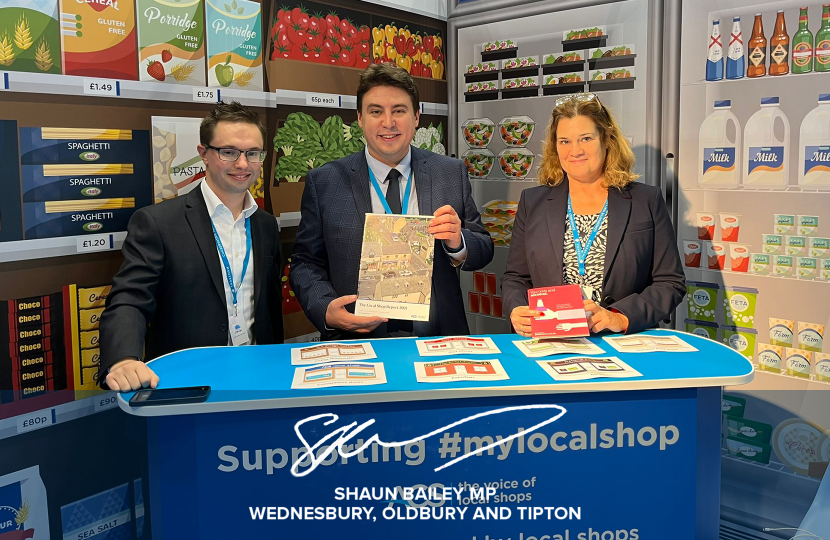 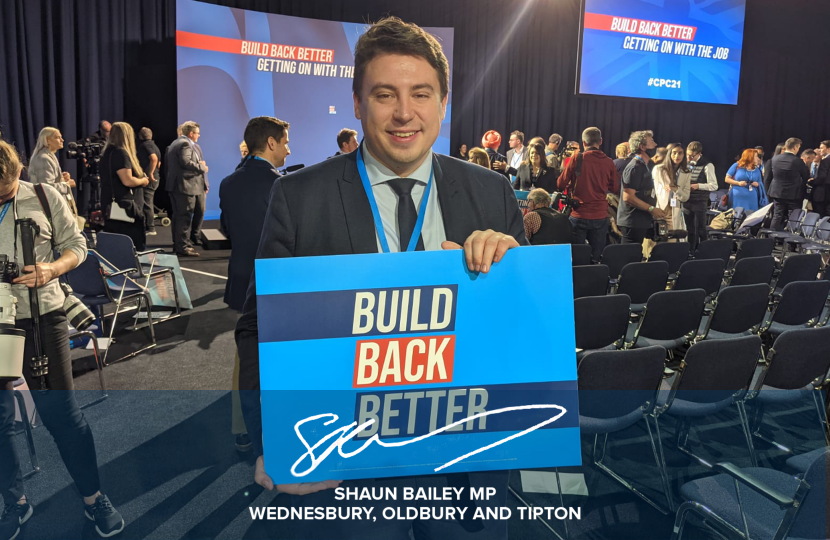 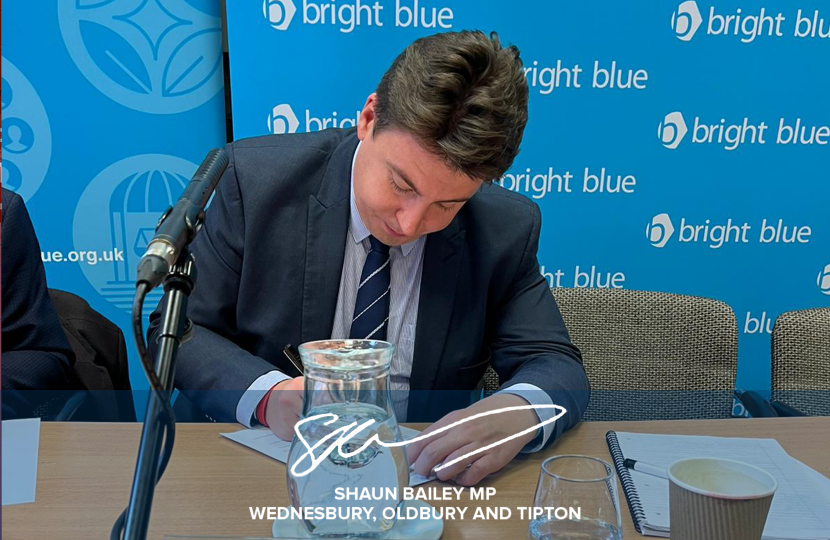 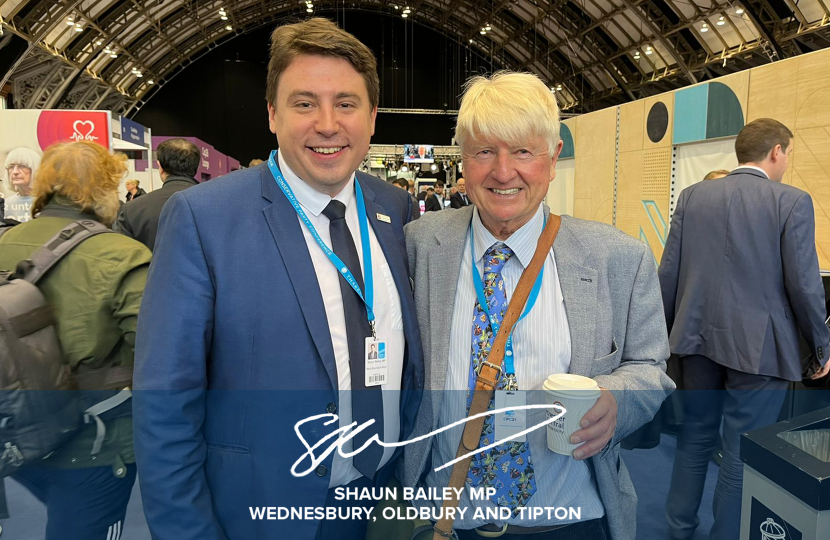 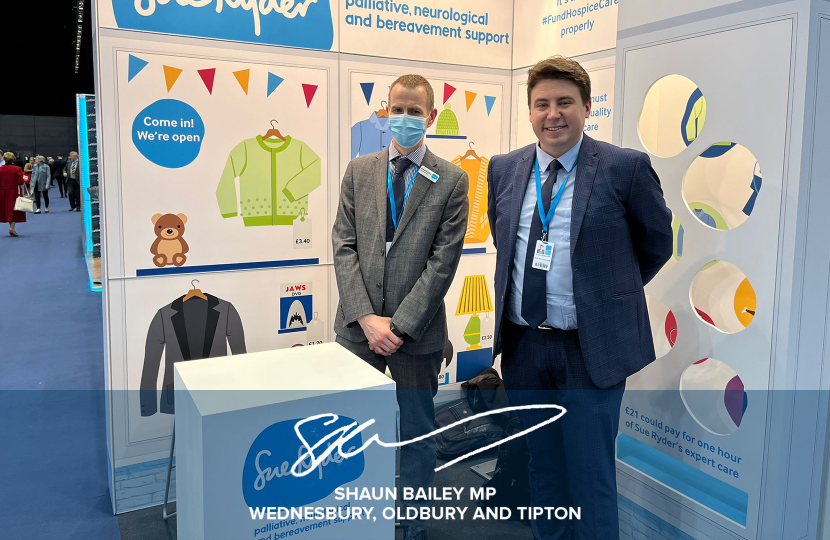 The Conservative and Unionist Party's Conference was held from Sunday 3 October until Wednesday 6 October. The event saw party members, councillors and Members of Parliament from across the Country visit Manchester for the event. Shaun's Conference saw him speak at numerous events on various topics from happier workforces to an affordable green future. He also held important meetings with executives from around the country to fight for the residents of Wednesbury, Oldbury, and Tipton.

Shaun kicked off the first day of Conference speaking at a fringe event held by Bright Blue; discussing how to build happier workforces in key public services. This was of particular interest as over 1 in 10 workers across Wednesbury, Oldbury, and Tipton are employed in the public sector. Shaun then visited a number of receptions to meet local members and discuss important issues with ministers. In particular, Shaun visited the West Midlands Reception where key cabinet members such as the Chancellor, Rt Hon Rishi Sunak MP and the Prime Minister, Rt Hon Boris Johnson MP explained how they will support the West Midlands to level up as we build back better from the Coronavirus Pandemic.

Shaun spent Monday morning speaking at Public Policy Projects' event on building an affordable green future. With the Black Country's history of industrialisation, there will be significant challenges with the delivery of green changes. Shaun also met with the West Midlands Combined Authority's New Chief Executive, Laura Shoaf, to discuss levelling up Wednesbury, Oldbury, and Tipton. Shaun looks forward to working with the WMCA to improve services and secure funding for the local area. Finally, Shaun spoke with Demos and Stonewater about the impacts of home-working in a new age. As Princes End and Tividale are in the worst 10% for internet speeds in the country, Shaun says that it is vital to improve their internet speeds to allow residents across Wednesbury, Oldbury, and Tipton to have the opportunity to work from home.

On the last full day of Party Conference, Shaun began with a meeting with the Chief Executive of the Association of Employment and Learning Providers, Jane Hickie. The AELP is a national membership organisation which represents around 800 providers of apprenticeships, traineeships, adult education and programmes for the unemployed. Shaun is keen on promoting apprenticeships across Wednesbury, Oldbury, and Tipton as it is vital we give residents skills and get them into work. To continue the conversation on apprenticeships, Shaun met with Openreach's Catherine Colloms to discuss how their apprentices are rolling out full fibre across Wednesbury, Oldbury, and Tipton.

Closing out Conservative Party Conference on Wednesday, Shaun listened to the Prime Minister's speech. Shaun was particularly pleased by the Prime Minister's promises on social care and the focus on levelling up, as they both are key to supporting residents across Wednesbury, Oldbury, and Tipton.