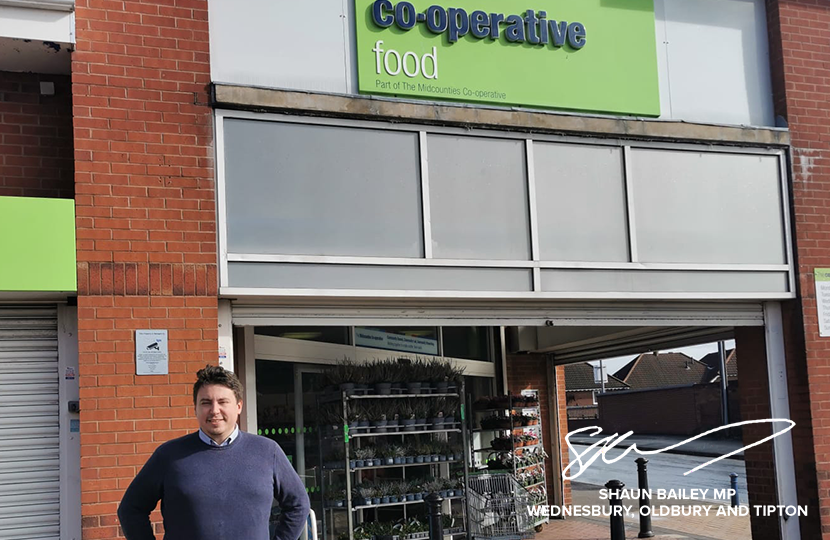 Tipton residents have raised concerns with Shaun regarding the future of the Co-Operative Building in Tipton Shopping Centre, since the Co-Operative announced its closure earlier in the year.

There were rumours surrounding the property, and parts of the surrounding Shopping Centre, would be turned into residential flats, or the possibility of it being turned into Houses of Multiple Occupation (HMOs). These rumours were worrying the residents of Tipton as they believed this would 'destroy' the heart of Tipton.

Shaun Bailey MP then contacted RiddellTPS, who act on behalf of the Owner of Tipton Shopping Centre, to determine whether there was any truth to the residential rumours and what the immediate future is for the property that the Co-Operative currently occupies.

After communicating with the Director of RiddellTPS this Morning, Shaun Bailey MP can exclusively reveal: "...there are no current plans to convert the existing Co-Op building into residential and instead we propose to retain it’s current retail use."

Further details on who will replace the Co-Operative at the retail property will be released later this Month once the relevant agreements are made.