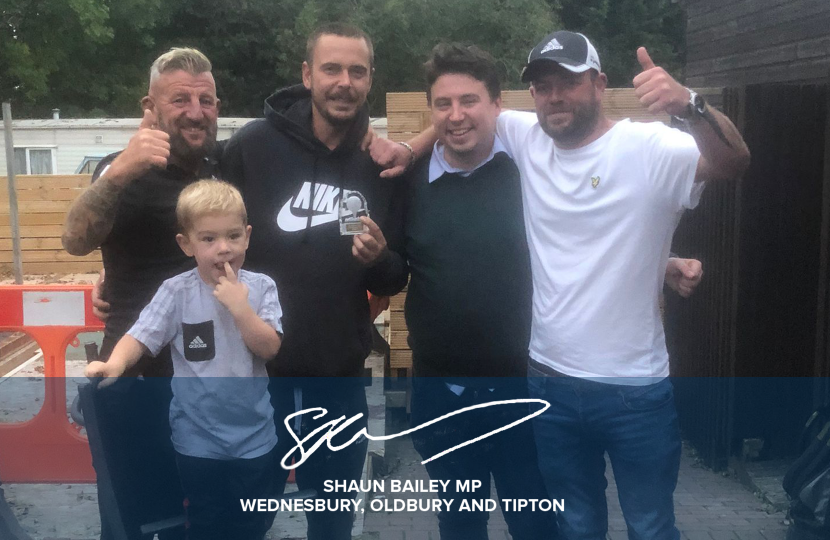 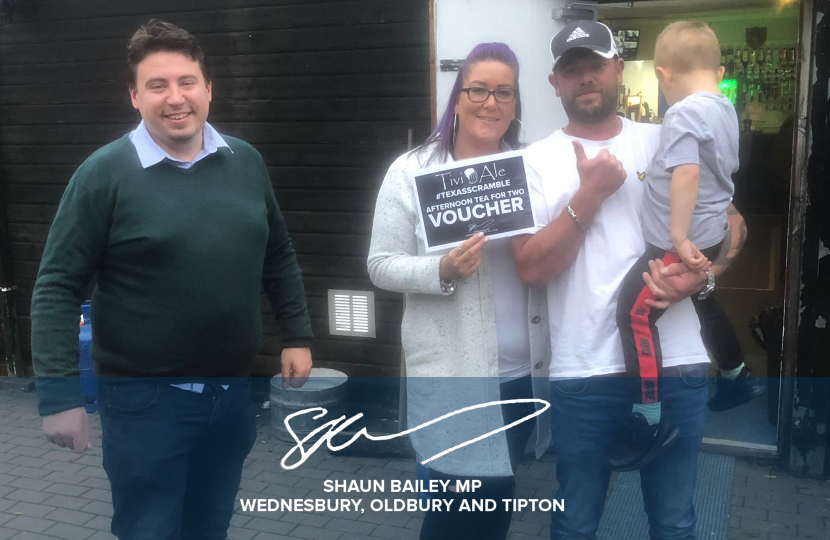 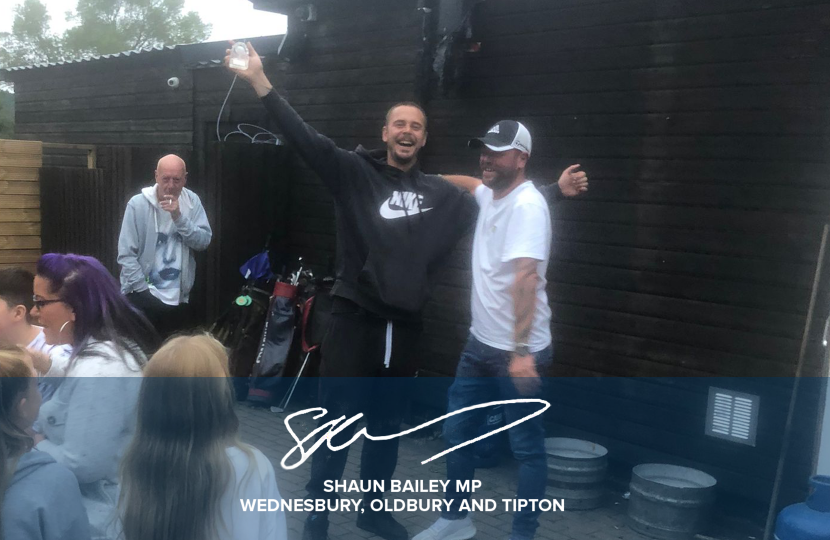 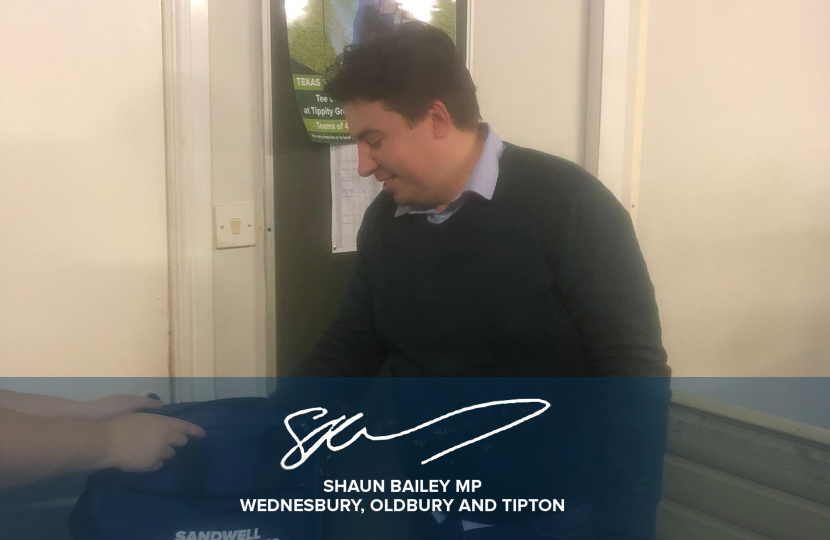 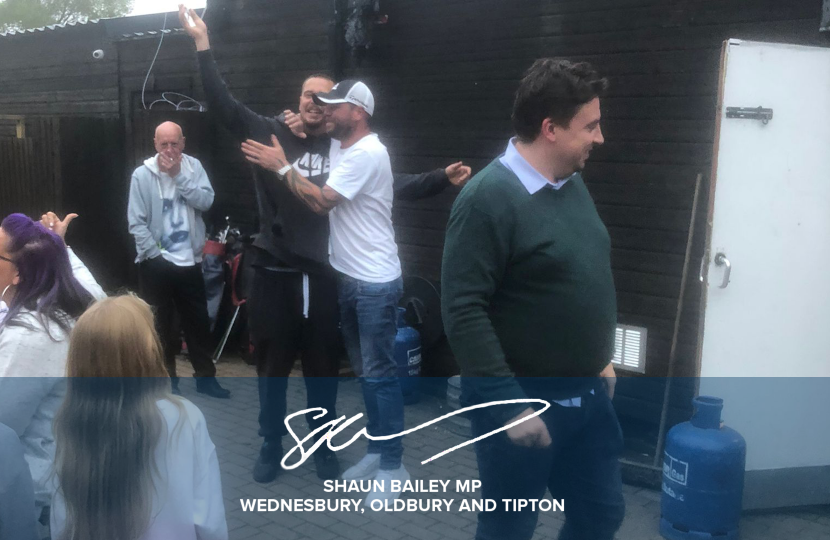 The tournament was held at Tippity Green Golf Club in Rowley Regis; where teams of four teed off. There were a range in golfers competing from novices to professionals of all ages - families came from as far as Pheasey to play!

The winners of the tournament were presented with a trophy by Shaun Bailey MP. (pictured)

To add to the entertainment, there was also a raffle with a selection of grand prizes; including a voucher for an afternoon tea for two at Tivi'ale! (pictured)

After the success of this event, Shaun is planning more events later in the year. Details for the next event will be released later this week.